by The Teller
in Archeology
0

What does champagne left on the bottom of the ocean for 170 years taste like? Leather and wet dog, apparently.

Those were the initial findings by a team of scientists and lucky tasters after analyzing a sample from one of the 168 bottles of champagne recovered from a shipwrecked vessel on the Baltic seafloor. Divers had found the sunken trade ship off the Aland Islands of Finland in 2010, and the treasure trove has chemists and connoisseurs curious.

After allowing what is thought to be the oldest champagne ever tasted to breathe, however, the researchers were surprised to find an entirely different quality to the long-lost bubbly alcohol – one they won’t soon forget. 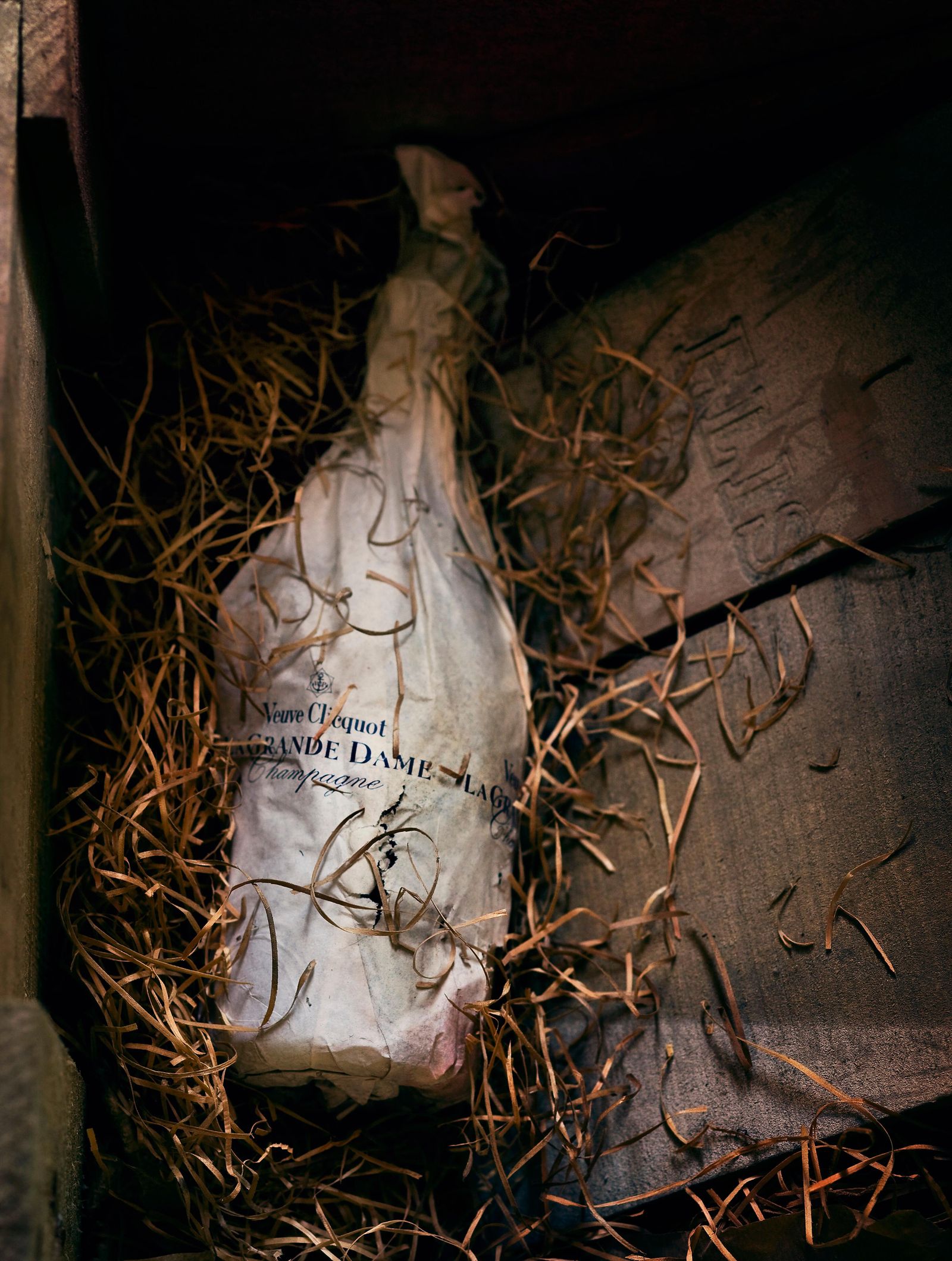 Philippe Jeandet, professor of food biochemistry at the University of Reims in France and colleagues have published a new study in the Proceedings of the National Academy of Sciences (PNAS) on the chemical composition of the preserved alcohol. With a small sample from the protected trove, the research team took an archaeochemistry approach when examining the champagne, doing a chemical and sensory analysis.

Initial tastes of the aged champagne were described as containing “animal notes” and “wet hair”. But after wine experts exposed the champagne to oxygen by giving it the traditional swirl and allowing it to breathe, the taste altered dramatically for the better. It was then described as: “empyreumatic, grilled, spicy, smoky, and leathery, together with fruity and floral notes,” according to the paper.

“Multiple analytical tools, including metabolomics, metallomics, and sensory analysis, were combined to characterize the molecular diversity of these champagnes having aged in close-to-perfect conditions at the bottom of the sea,” Jeandet et al. report. The bottles had aged for nearly 200 years in deep darkness at a constant temperature of two to four degrees Celsius (37 degrees Fahrenheit). 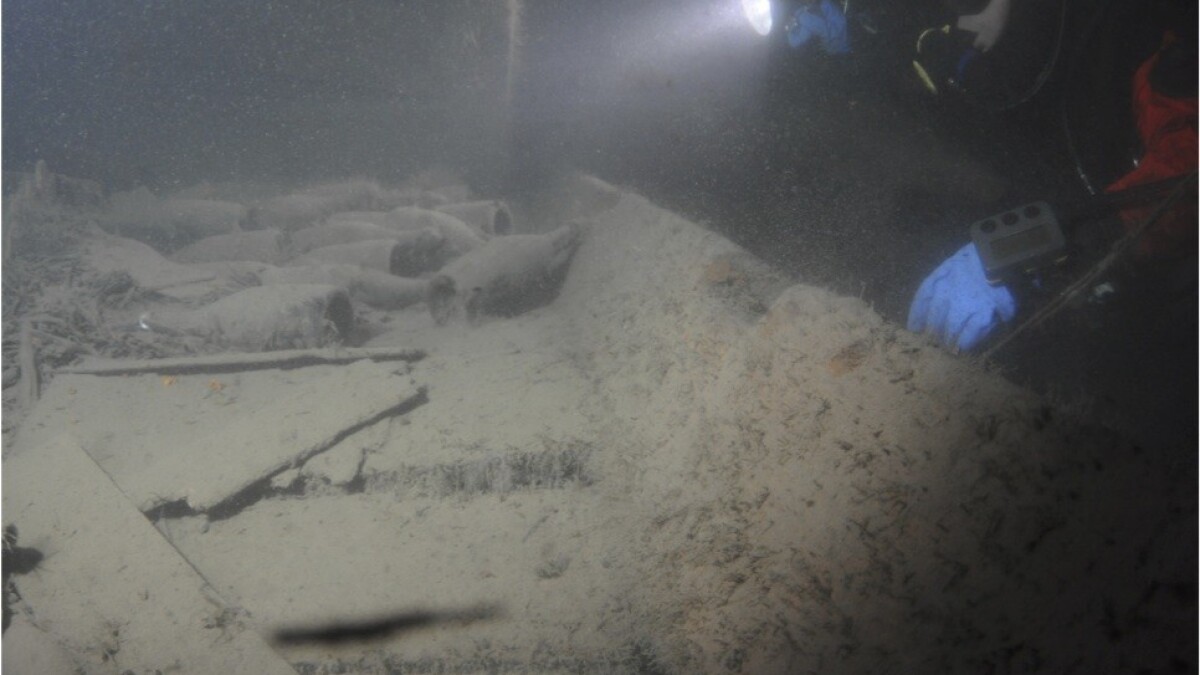 According to Smithsonian the rare bottles of champagne were French in origin. No labels remained, but branded engravings on the corks indicated the original vintners. Assorted champagne houses were identified through the marks, including the well-known Veuve Clicquot Ponsardin brand still in existence today.

The scientists compared the 170-year-old champagne with modern vintages of the same houses.

They found that many of the differences are due to advances in modern winemaking. Production processes were less controlled in past than they are today, noted Jeandet to Smithsonian. The older wines had a much lower alcohol content, and a lot more sugar than the modern counterparts. Considerable amounts of sugar syrup were used in winemaking in the 1800s, added during the final processing. The research team found the Baltic wine had 140 grams of sugar per liter. Only about six to eight grams per liter are found today in champagne. Put in perspective, a one liter bottle of modern popular cola contains approximately 108 grams of sugar. 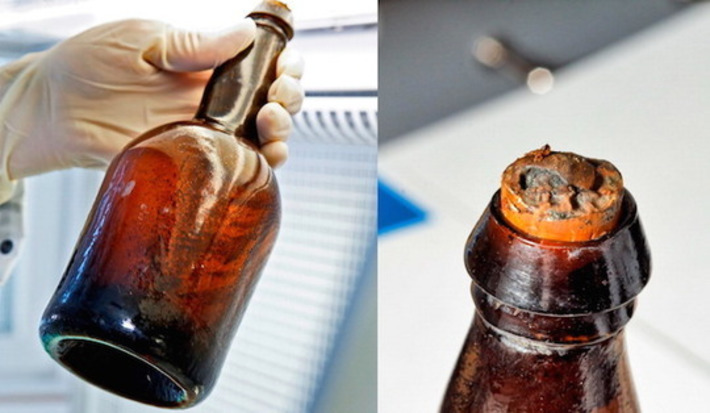 This sweeter concoction gives insight into 19 th century tastes, and the winemaking process. Researchers suggest the high sugar levels indicate that Germany was the intended destination of the champagne, as at the time Germans preferred very sweet alcoholic beverages.

Science website Gizmodo writes, “More interesting is that the bottles contained ‘unexpectedly high’ levels of iron and copper. The researchers reckon the copper likely originates from copper sulfate, which was upon a time used to protect vines against fungal diseases. The iron could, they speculate, have wound up in the wine from nails that held wooden fermentation barrels together.” 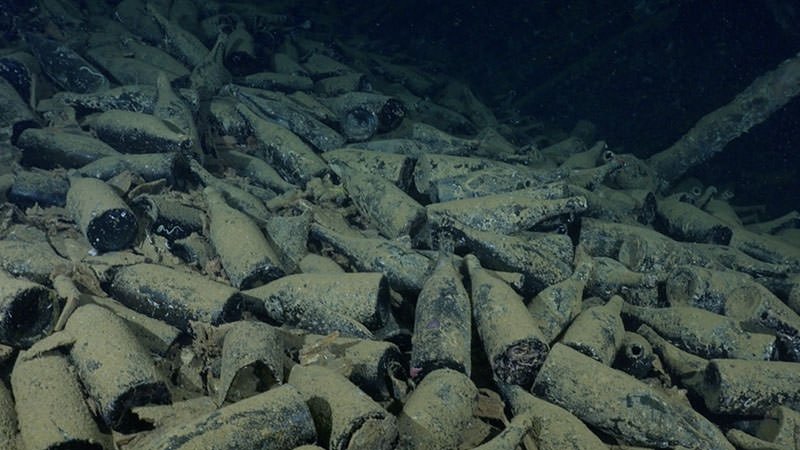 Since their discovery, several of the bottles of precious champagne have been granted to museums and historical institutions, while others have bene auctioned off, according to the journal Nature. Their sales set records for champagne, as one sold for $44,000 in 2011. In 2012, others sold for $156,000 for a single bottle. Björn Häggblom, spokesman for the government of Åland, Finland told Nature the money from sales goes to fund scholarships in marine archaeology.

Beer bottles were also recovered from the shipwreck, but seawater had reportedly leaked into the brew. A study has been published on the chemical analyses of the beer. 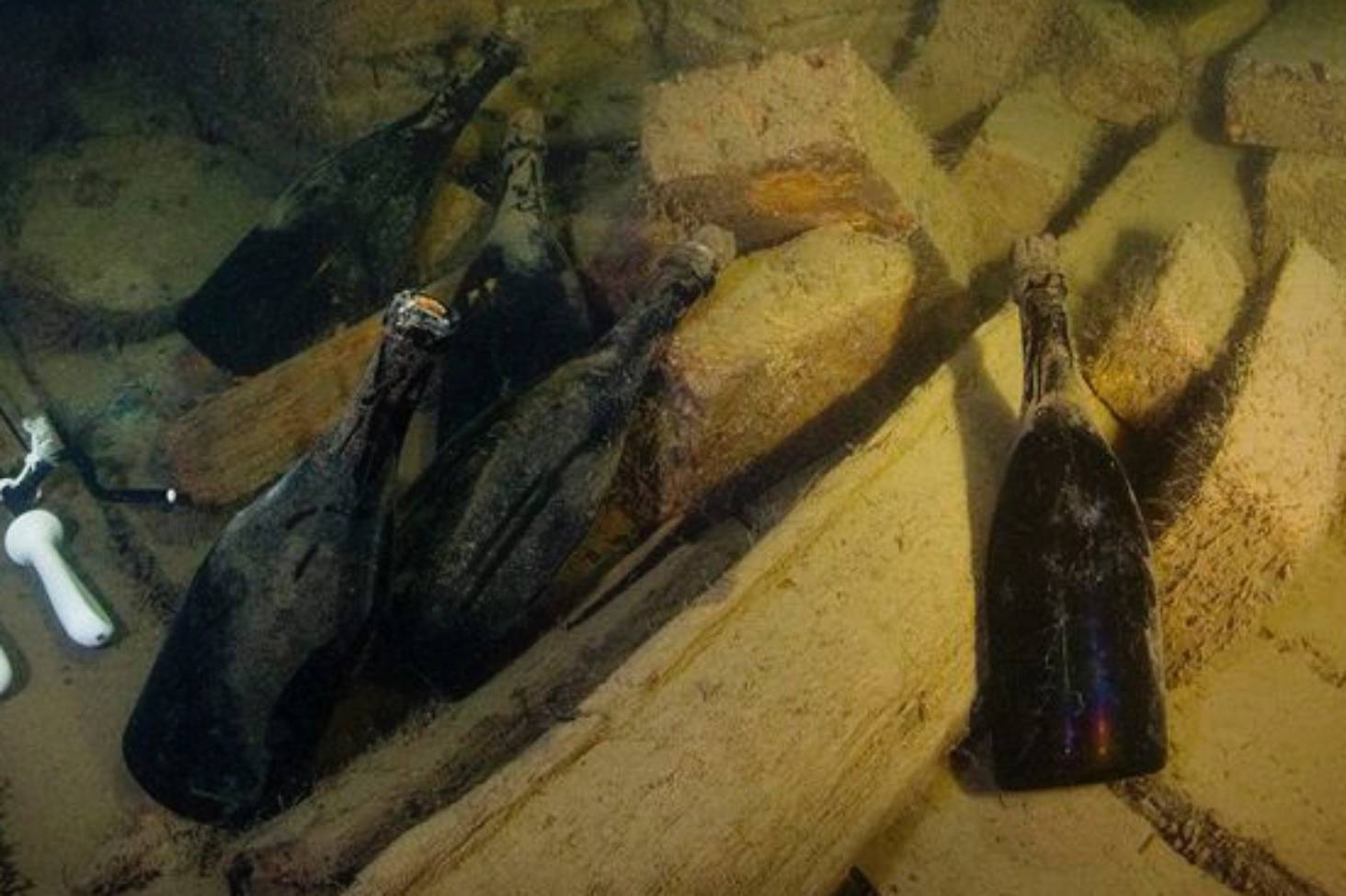 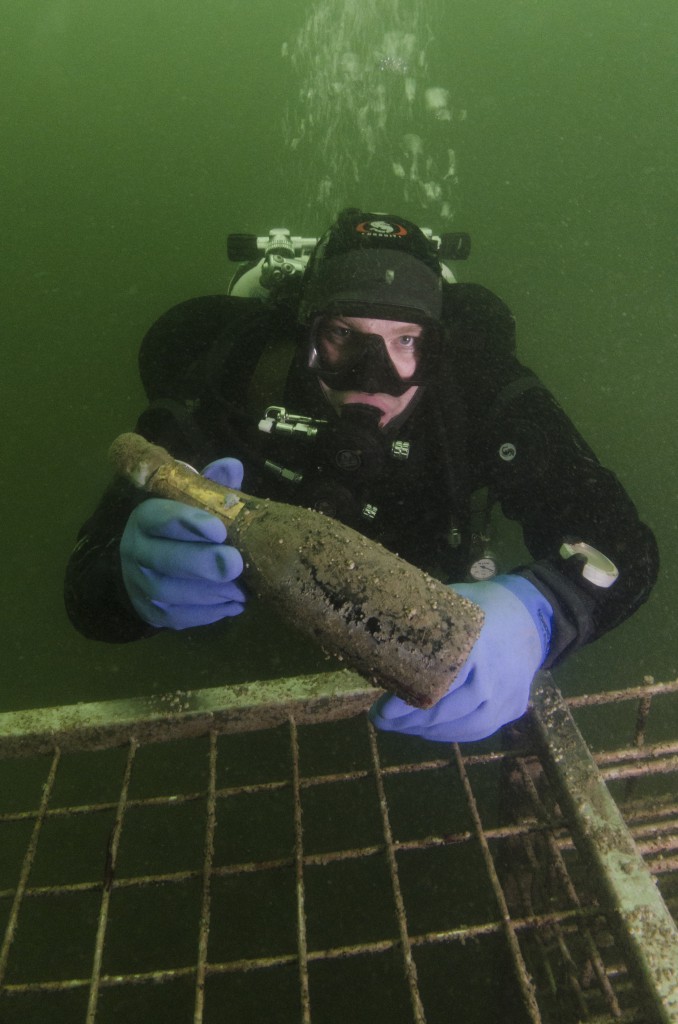 Jeandet and colleagues concluded in their study abstract, “After 170 [years] of deep sea aging in close-to-perfect conditions, these sleeping champagne bottles awoke to tell us a chapter of the story of winemaking.”

Ancient Egypt: A Decorated Tomb And Anthropomorphic Coffins With Mummies

Mushrooms Could Be Behind The Curse Of Tutankhamun

Ancient Egypt: A Decorated Tomb And Anthropomorphic Coffins With Mummies